The U.S.S. Utah was attacked by Japanese torpedo planes and bombing planes at about 0813, December 7, 1941, and was lost by capsizing at about 0813 that date.

The senior surviving line officer who was on board during the attack is Lieutenant Commander S.S. Isquith, U.S. Navy, and his report is forwarded herewith as enclosure (A).

Statements have been obtained from all officers on board at the time of the action, and from a review of these statements, it is the opinion of the Commanding Officer that Lieutenant Commander Isquith's report is accurate.

Reports of dead, missing, and survivors have been forwarded to the Commander-in-Chief, Pacific Fleet.

The Commanding Officer concurs in paragraph 11, of the enclosure, and makes the following recommendations:

That the following officers and men be awarded letters of commendation:

That the following officer and men who lost their lives while ensuring that others escape be awarded the Navy Cross posthumously: 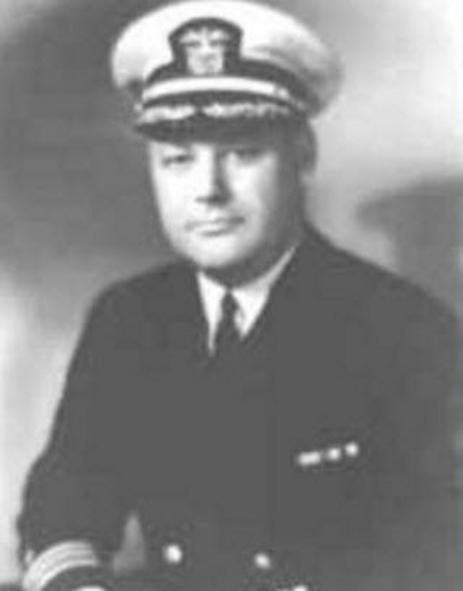 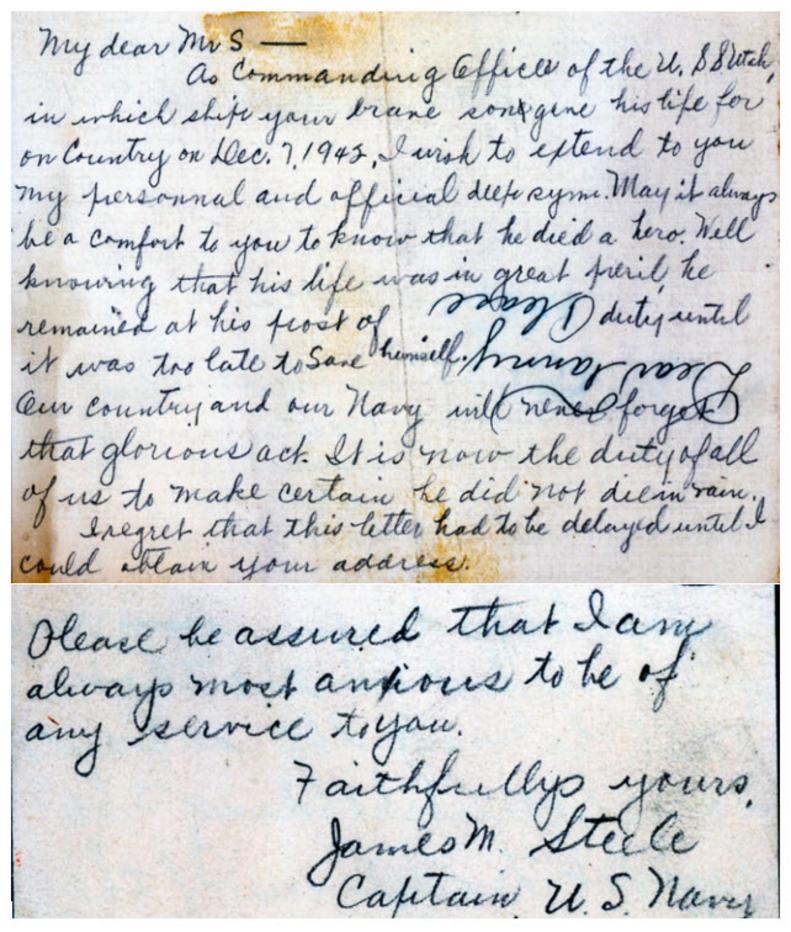 Personal letter from Captain James M. Steele to the family of Robert D. Smith, who was killed in action during the Pearl Harbor attack on December 7, 1941. 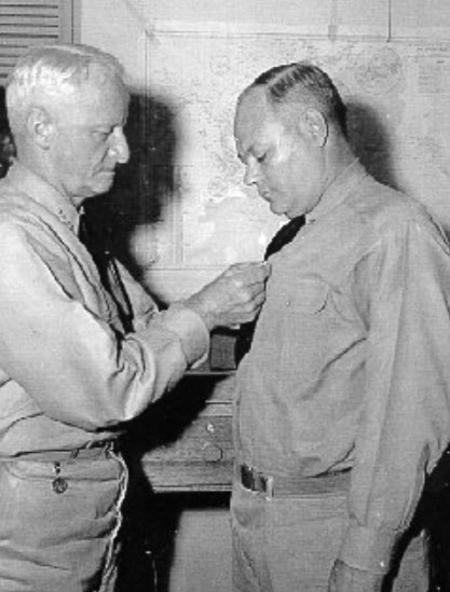 At the time of the Japanese attack on Pearl Harbor on December 7, 1941, James M. Steele was commander of the U.S.S. Utah, a former battleship that had been converted to an antiaircraft gunship. The Utah was sunk with a loss of 58 lives.

Steele was ordered to the USS Utah in July 1941, which was undergoing conversion as an anti-aircraft training ship and experimental laboratory. He completed her conversion, manned the ship with highly qualified anti-aircraft personnel, and took her to Pearl Harbor where she worked closely with the Pacific Fleet carriers (USS Lexington, USS Saratoga and USS Enterprise) as a Pacific Fleet Training School. Dive bombers from the carriers would make practice runs against the USS Utah and the gunners learned what it felt like to be under aerial attack. The USS Utah was moored at Pearl Harbor in a spot usually occupied by aircraft carriers when the Japanese attacked the Fleet on 7 December 1941. Punished unmercifully, the Utah finally turned over and slid into the water.

Capt. Steele wrote personal letters to the families of each of the 58 sailors lost on the Utah during the Pearl Harbor attack.

After the attack, Capt. Steele directed the immediate assembling of equipment and specialists to begin salvage work, and within four days the teams had returned three damaged battleships to service and laid plans for raising other ships.

He then was assigned as senior war plans officer for the Navy's buildup and movement toward Japan. He held that assignment until 1944, when he was recalled to Washington to serve as the Navy member of a board established to study reorganization of this country's defense establishment. The board's work resulted in creation of the Department of Defense.

Capt. Steele retired in 1946. After his Navy service, he worked for 10 years as a consultant to the International Minerals and Metals Corp. and the Bridgeport Brass Co. He then was with the brokerage firm of Jones Kreeger until a second retirement in 1966.

Born in Denver, Colo., Capt. Steele graduated from the Naval Academy at Annapolis in 1916. He served on cruisers and destroyers, an oiler and a battleship before World War II.