​​​​​WWII Valor in the Pacific

The Men of the USS Utah, the Forgotten Ship of Pearl Harbor (Book by T.J. Cooper)

​The History of Submarines and U-Boats 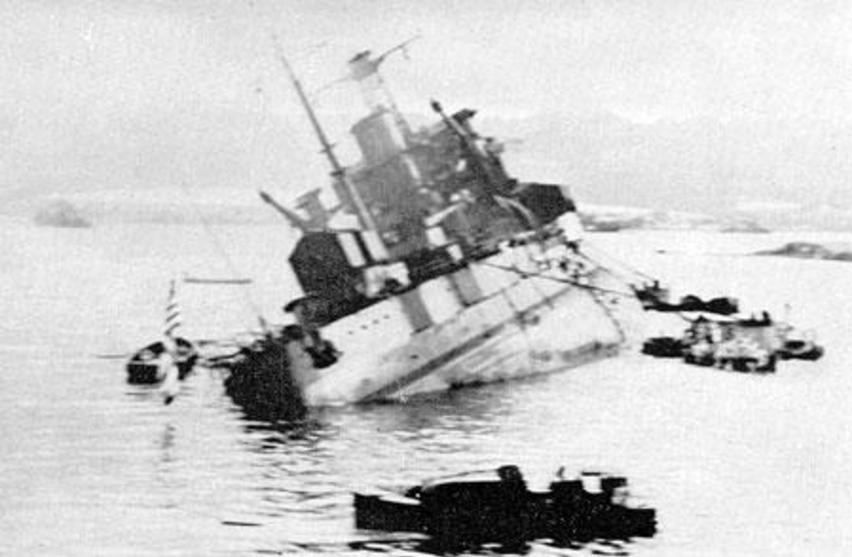 Photo of USS Utah moments before rolling over on port side.  (Photo courtesy of Department of the Navy)

The Utah proudly served her country through the Vera Cruz Occupation and WWI before being re-designated as a miscellaneous auxiliary ship in 1931. Her hull classification and number were changed from BB-31 to AG-16 and she continued to serve  as a high speed maneuvering target ship for submarines as well as surface ships for the next ten years.

Utah arrived in Pearl Harbor on December 5, 1941 and was scheduled to be in port for only a few days. But she would never leave. On Sunday morning, December 7, 1941, the Japanese attacked Pearl Harbor. At 0801, the first of two torpedoes struck Utah, which caused serious flooding. Moments later a second torpedo slammed into her side and at 0812 the ship's mooring lines snapped and Utah rolled over to port. She was bottom up, a total loss. In all, 58 men were killed, while 461 men survived the sinking.