Rear Admiral (retired) Charles Russell Train was born at Annapolis, Maryland, the son of Rear Admiral Charles Jackson Train. He received his appointment to the United States Naval Academy in 1896, graduating in 1900.

From 1900 to 1906 he served on the USS Oregon, USS Helena and USS Brooklyn, all on the Asiatic Station. In 1906 he was assigned to the Washington Navy Yard and as an aide at the White House. In 1907 he was sent to the USS Connecticut as aide and flag lieutenant on the staff of the commander in chief of the Atlantic Fleet. During this assignment he sailed with the fleet on the world cruise of the Great White Fleet.

He served from 1914 to 1919 as naval attaché at the American Embassy in Rome which was the longest tour of duty in a war zone held by an officer in the United States Army or Navy. He was in command of all United States naval forces and activities in Italy. During 1918 and 1919 he attended the Inter-Allied Naval Conferences in London, Paris and Rome. Afterwards he was first in command of the USS Chester and later of two destroyer flotillas in the Atlantic Fleet. He also served as naval attaché at the American Embassy in Vienna and was one of the last Navy officers to have an audience with Emperor Franz Joseph of Austria.

From 1921 to 1924 he was with the Navy Department in the District of Columbia. From 1924 to 1928 he commanded the naval transport, USS Henderson. He was then with the Inspection Division of the Naval Reserve Section for two years. In 1930 he became naval aide to President Hoover. He met Hoover when he was in command of the USS Utah when the President and his party returned on the battleship after a tour in South America. He remained at the White House until May 1932.

He then attended the Naval War College at Newport, Rhode Island and in 1933 was in command of Cruiser Division 3, Battle Force and received his commission as rear admiral. In 1935 he returned to the war college. From 1936 to 1938 he was president of the Naval Examining Board. He then was on the USS Tennessee, the flagship of the commander of Battleship Division 2, Battle Force. After his retirement with 43 years of service in 1939 he was elected in 1940 by the Board of Managers of the Navy Relief Society as secretary and treasurer. From 1940 to 1958 he was a director and vice president of Children’s Hospital. In 1958 he was elected an honorary permanent member of the board of directors. In 1949 he was elected a member of the Washington National Monument Society established by Congress in 1833. He had also been a member of the Alibi Club, the Army-Navy Club, the Chevy Chase Club and the Metropolitan Club and the New York Yacht Club.

His awards included the Spanish Medal, the Philippine Medal, the Sampson Medal, Victory Medal, Overseas Clasp, the Navy Cross and two decorations from Italy for World War I: the Croce di Guerra and L’Ordine dei Sante Marizio e Lazzaro. He received the Navy Cross for his service in Italy with the citation: for distinguished service in the line of his profession as naval attaché at Rome, for excellent performance of duty in all directions and especially for cooperation with and assistance to the United States Naval forces operating in the Adriatic. 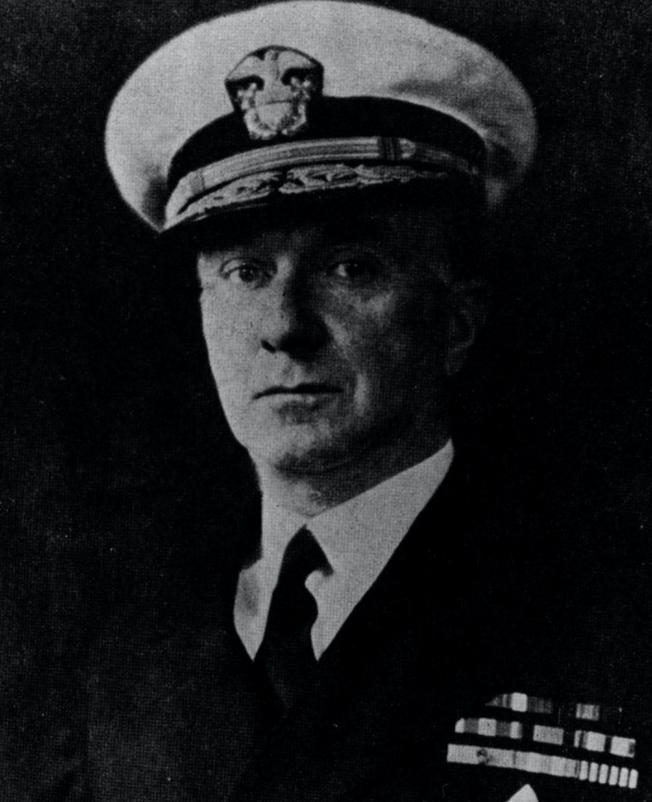