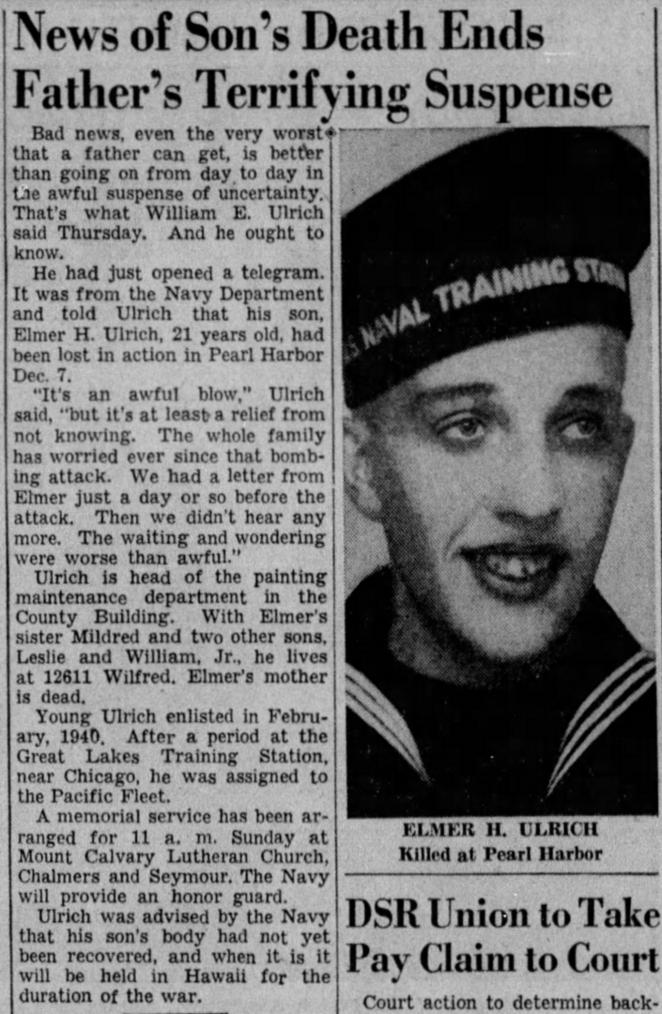 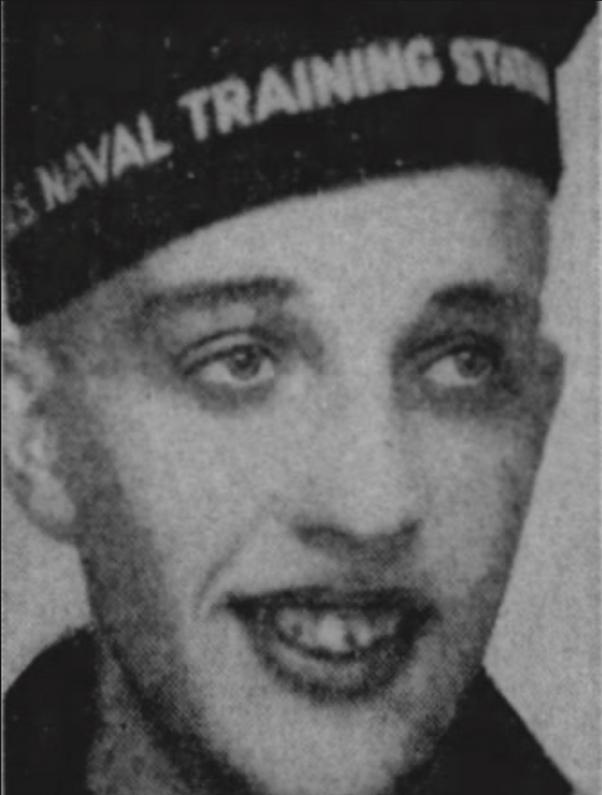 Elmer Herbert Ulrich was born in 1921 and the son of William Ernest Ulrich and Elsie F. Ulrich. He enlisted in the Navy on February 20, 1940 in Detroit, Michigan and reported for duty on the USS Utah on June 1, 1940. He was killed in action at Pearl Harbor on December 7, 1941 and was awarded the Purple Heart posthumously. Elmer remains on duty on the USS Utah and is commemorated on the Memorial Tablets of the Missing, National Memorial Cemetery of the Pacific, Honolulu, Hawaii. Elmer was survived by his father, Mr. William Ernest Ulrich of Detroit Michigan.