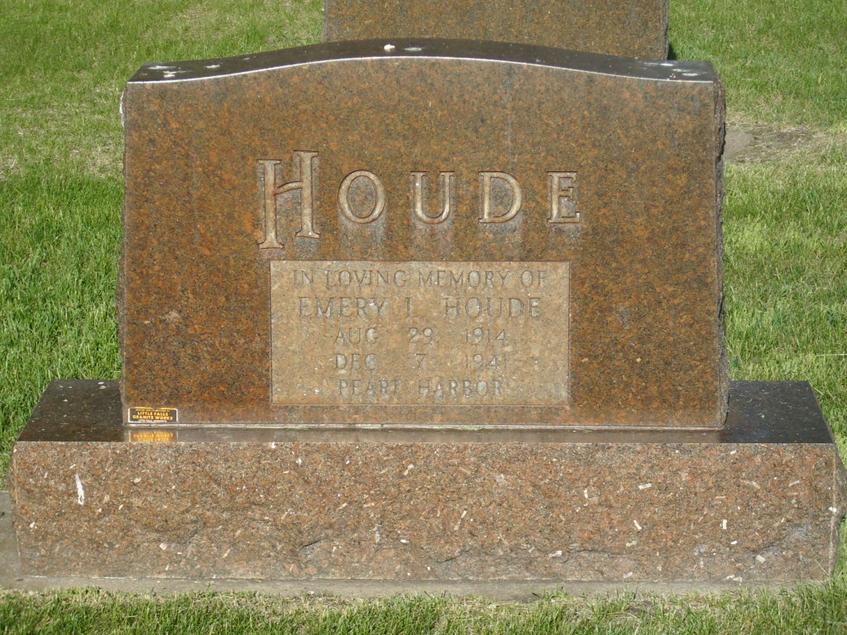 Emery enlisted at Ottumwa, Iowa, and was trained at the Naval Training Station in San Diego, California. He was sent overseas in 1936 and was stationed at Pearl Harbor. Houde was ranked as Baker second class. He served on the U.S.S. Argonne, the U.S.S. Arizona, and the U.S.S. Utah.

When the Japanese bombed Pearl Harbor on December 7, 1941, Baker Second Class Emery Houde was on board the U.S.S. Utah when it sank. Baker Houde was one of the many sailors entombed in the ship when it sank.

Emery Lyle Houde was awarded the Purple Heart for his sacrifice for his country. He is listed on the Tablets of the Missing at Honolulu Memorial, Honolulu, Hawaii.