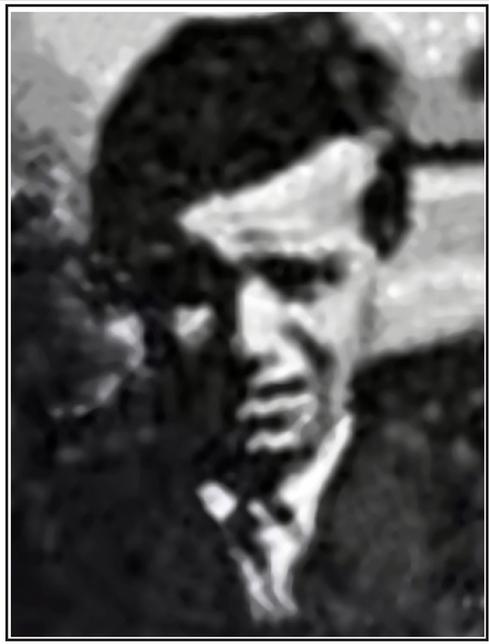 The following is an excerpt from the Andalusia Star News.

S2C George J. Chestnutt, Jr., a native of Andalusia, Covington County, Alabama, was a member of the Deck Division onboard the USS Utah during the Japanese attack on Pearl Harbor.

George was born on April 7, 1924 in Andalusia, Covington County, Alabama. His parents were George Jefferson and Bessie Parker Chestnutt. They had a daughter, Sarah, who was six years old at the time. George Sr. was employed as an electrician and was divorced from Bessie by the time young George was four years old. Bessie would have another daughter, Ada Ruth, after George Sr. had left the home. George, Sr. died in 1931.

In 1934, Bessie married Grover Velliquette and moved to Toledo, Ohio. George, Jr. attended schools there and had attended Woodward High School one year before he quit in 1939. George worked briefly before joining the Navy in April 1941, at the age of 17.

After basic training, George was assigned to the USS Utah, a former battleship, converted to a training and target ship. The Utah had just undergone overhaul at the Puget Sound Navy Yard and returned to Pearl Harbor at the time. During the overhaul, she was equipped with new single-mount, 5-inch/38 caliber dual-purpose guns [for surface and anti-aircraft firing] that were to be used for training. The presence of those guns may have sealed her fate on December 7.

After the attack, the surrounding area was searched but the body of S2C George J. Chestnutt Jr. could not be found and he was presumed to have been “lost at sea.” A memorial marker for Chestnutt was placed at the National Memorial of the Pacific in Honolulu. Records record that he is listed in the Courts of the Missing.​​