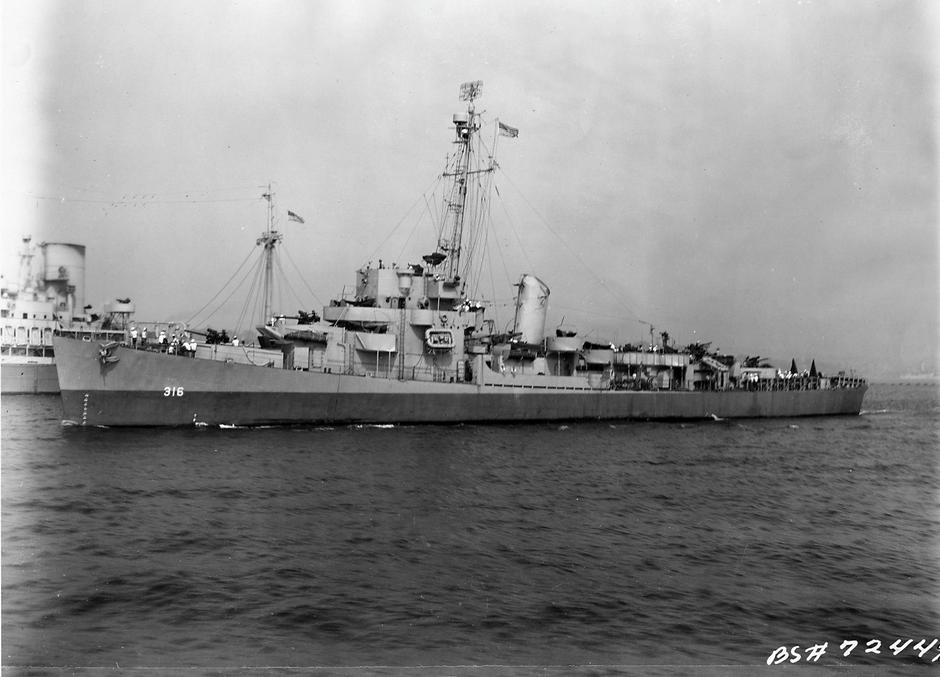 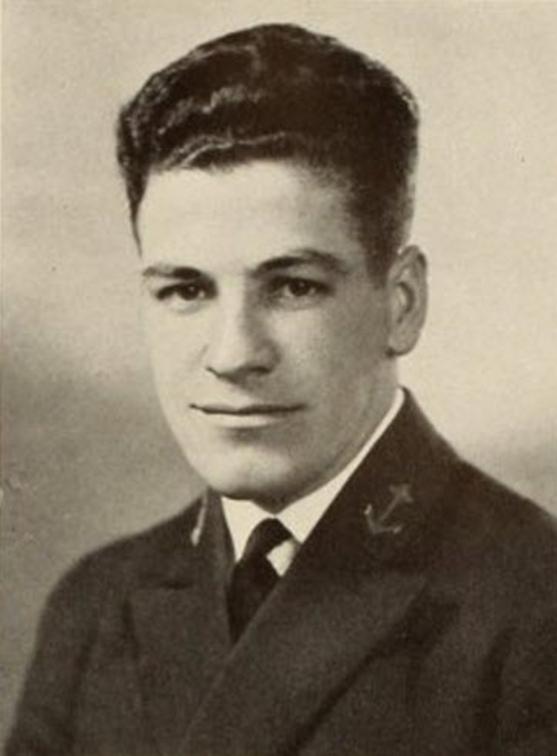 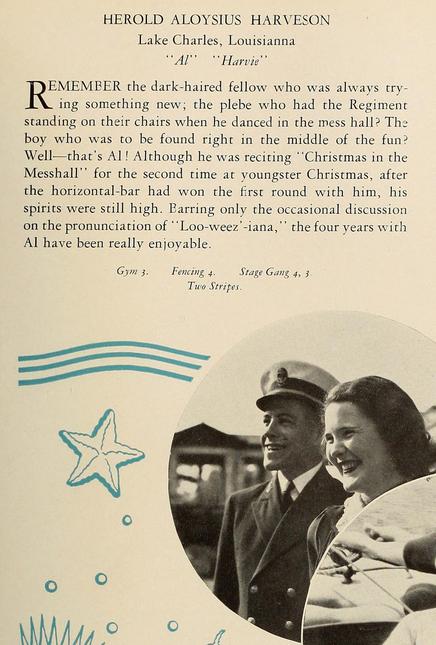 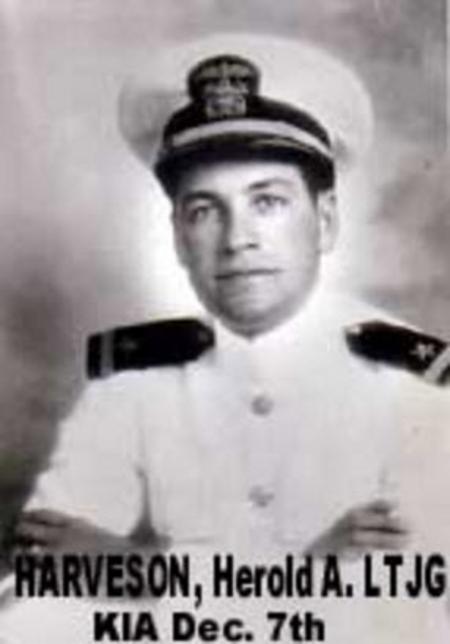 Herold Aloysius Harveson was born on August 7, 1914 in Lake Charles, Louisiana. He was the son of Avery B Harveston and Rose Meche. His father died in 1917 and his mother later married Theophilus L Herlong. Herold graduated from the United States Naval Academy in 1937 and was assigned to the USS Utah as the ship's 1st Division Officer on August 19, 1941. Herold was killed in action on December 7, 1941 during the attack on Pearl Harbor. He was awarded the Purple Heart posthumously and remains on duty with his shipmates aboard the Utah. He is commemorated on the Memorial Tablets of the Missing, National Memorial Cemetery of the Pacific, Honolulu, Hawaii. The USS Harveson (DE-316) was named for Herold; the ship was sponsored by his mother and commissioned in October 1943.

From Wikipedia: Harold Aloysius Harveson was born on 7 August 1913 at Lake Charles, Louisiana. He graduated from the United States Naval Academy on 3 June 1937. After serving in Louisville and on the staff of the Pacific Fleet Scouting Force, Lieutenant (junior grade) Harveson was assigned to USS Utah on 19 August 1941. Operating out of Pearl Harbor, the aged ex-battleship, converted to a target ship, served the fleet as the major anti-aircraft training ship, as well as for developing carrier air-to-ship attack tactics. During the Japanese Attack on Pearl Harbor on 7 December 1941, Utah was torpedoed twice early in the attack, overturned and sank by 08:12 killing Harveson.