"At some point during the attack as we were watched from the trench, we could hear a loud banging noise coming from the exposed bottom of the Utah. A crew of a few men from the Raleigh was assembled and boated to the Utah with a cutting torch. After trying to communicate and failing, because of the noise, Bill Hill (from the USS Raleigh) cut a hole in the hull with a torch. Jack Vaessen scrambled out. He had been on watch in the electrical power station below decks and had no idea what was going on. He heard all the explosions and knew the ship was going over, but did not know what was causing it. He had a flashlight and a dog wrench (used to open water tight doors,) and as water would enter one compartment he would proceed to the next. He finally got as far as he could go, but had no idea where he was, so he just started beating on what turned out to be the ship's bottom. Jack Vaessen received the Navy Cross. While the men were working to rescue Jack, standing on the bottom of the Utah, planes were strafing the area.

In the afternoon our Utah survivors were placed on the USS Argonne, our Baseforce Flag Ship for berthing and food. That evening, about dark, as we were standing in line for sandwiches and coffee, it sounded like every gun on the Island started firing. A stray bullet came through the side of the ship and killed one of the Utah survivors. He was a Yeoman striker and I had gone through Boot Camp with him." 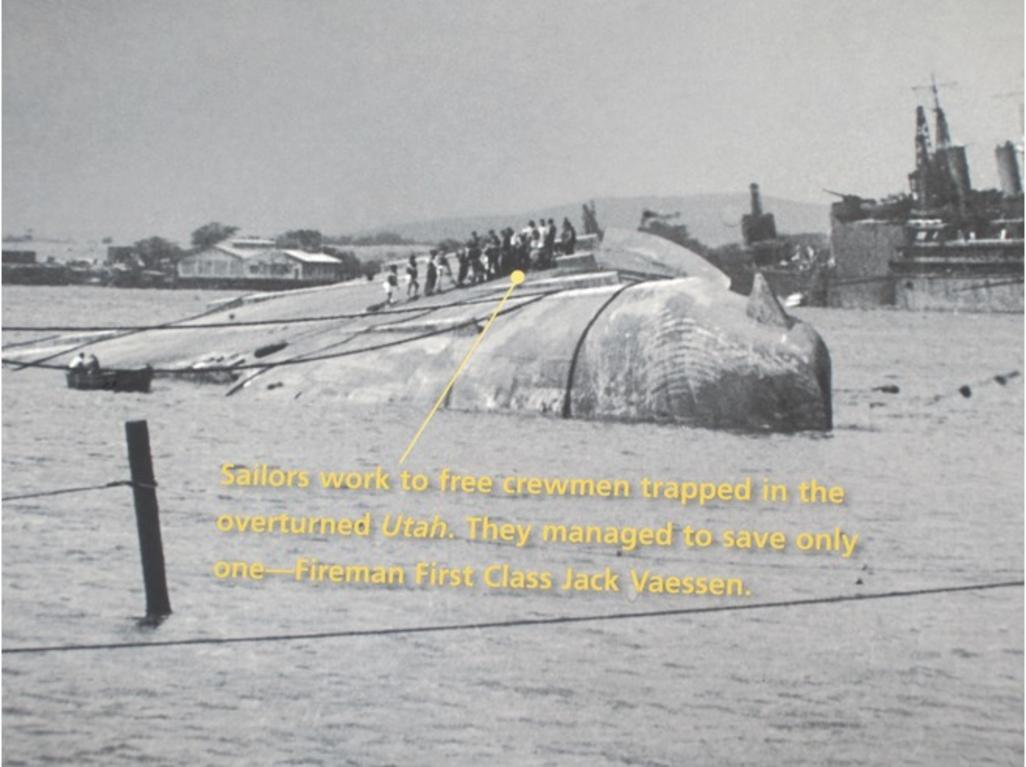 Jack gave a long interview to Paul Stillwell of the U.S. Naval Institute on his career in the Navy and the events of December 7. This interview can be found in the 2012-3rd Quarter issue of "The Jerseyman." It's well worth the read!