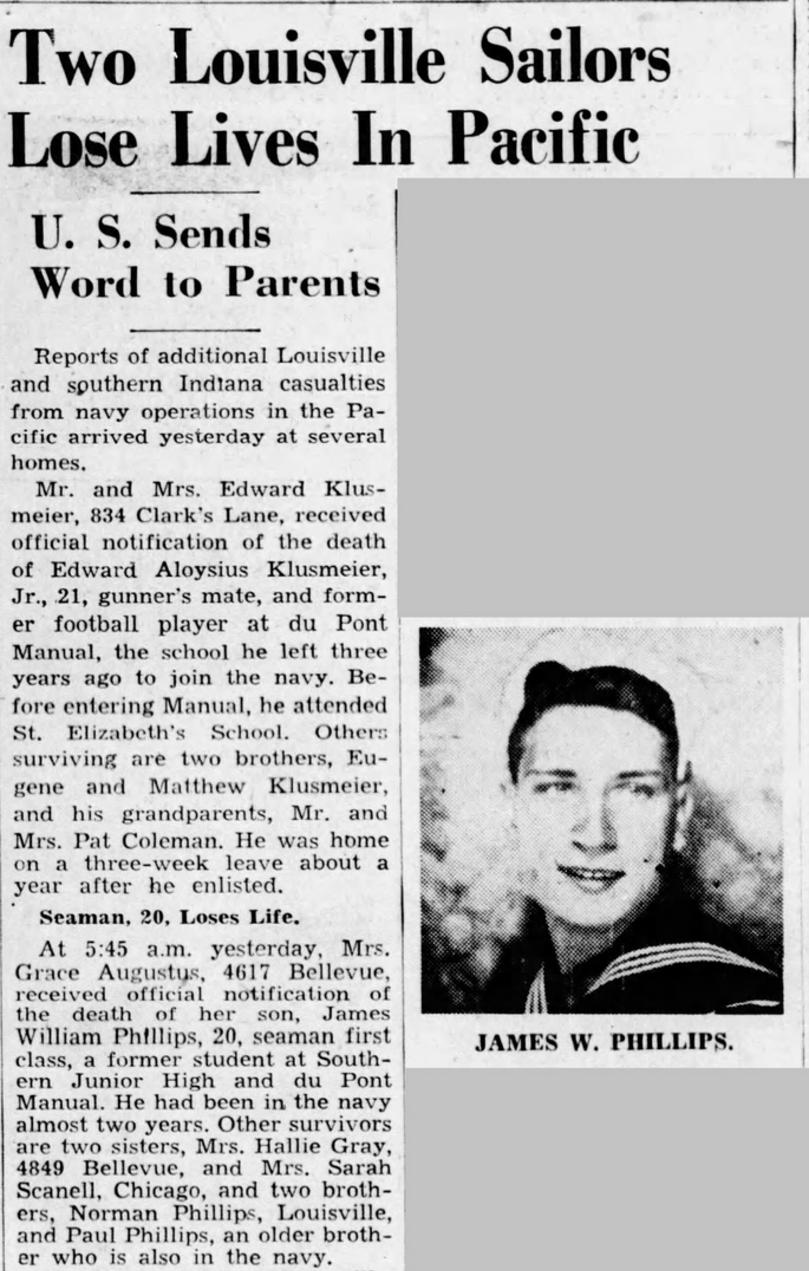 James W. Phillips was born in 1921 in Louisville, Kentucky. He he enlisted in the Navy on February 7, 1940 and reported for duty to the USS Utah on July 5, 1940. James was killed in action on December 7, 1941 during the attack on Pearl Harbor. He was awarded the Purple Heart posthumously and remains on duty with his shipmates aboard the Utah. He is commemorated on the Memorial Tablets of the Missing, National Memorial Cemetery of the Pacific, Honolulu, Hawaii. James was survived by his mother, Mrs. Grace Augustus of Louisville, Kentucky, two sisters and three brothers. 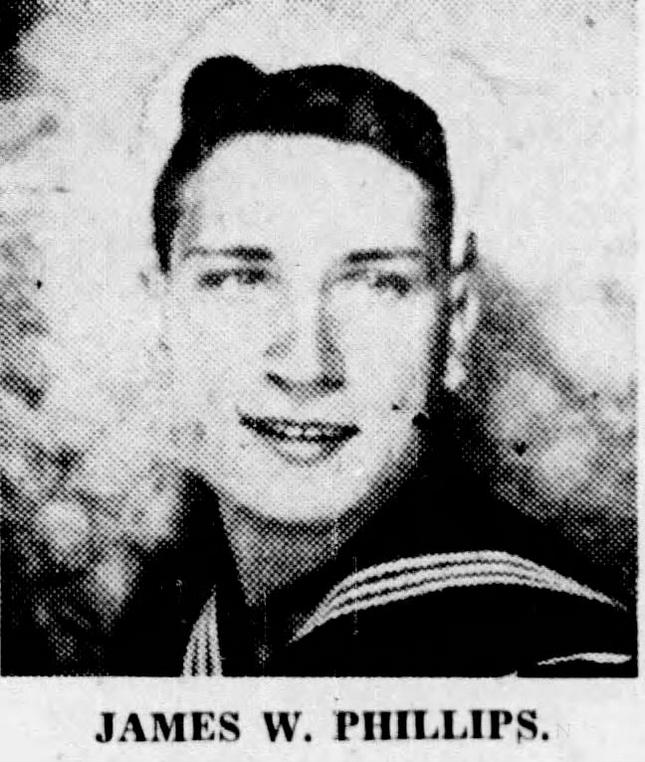