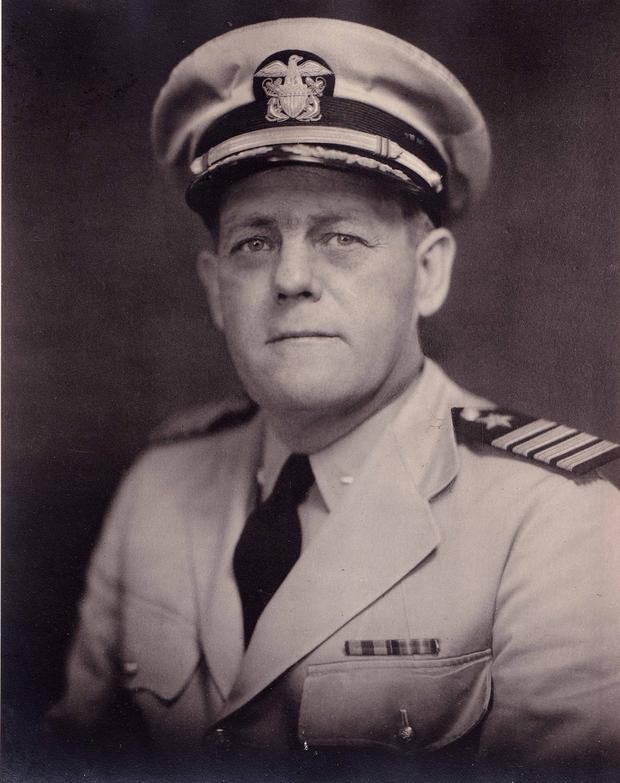 John Roy Palmer was born in Ethlyn, Missouri on March 30, 1889. He graduated from the United States Naval Academy in 1913 and was later a pistol instructor at Annapolis. Palmer was a gunnery officer on the USS New York before taking command of the USS Utah in 1940. He was known as "Boss" and retired from the Navy with the rank of Commodore in 1947. After retirement, Palmer and his wife, Emma Reed Palmer, bought a small farm east of Annapolis where he lived until his death on September 29, 1962. Palmer died while attending a Navy / William and Mary football game in Annapolis.