Marvin Eugene Miller was born on April 17, 1923 in Springfield, Illinois, the son of Shirley Bryan Miller and Mae S. Miller. He was the first Springfield youth reported killed at Pearl Harbor. His father had served in the US Marine Corps during the First World War. Miller worked as a carrier-salesman at the Illinois State Journal before enlisting in the United States Navy on May 27,1941. He reported for duty to the USS Utah on July 29, 1941 and was killed in action on December 7, 1941 during the attack on Pearl Harbor. Miller was awarded the Purple Heart posthumously and remains on duty with his shipmates aboard the Utah. He is commemorated on the Memorial Tablets of the Missing, National Memorial Cemetery of the Pacific, Honolulu, Hawaii. Miller also has a cenotaph alongside his parents at Camp Butler National Cemetery in Springfield, Illinois. He was survived by his parents, four brothers, Shirley Glenn, Robert Allen, John and Paul Miller; and two sisters, Barbara and Beverly Miller, all of Springfield, Illinois. 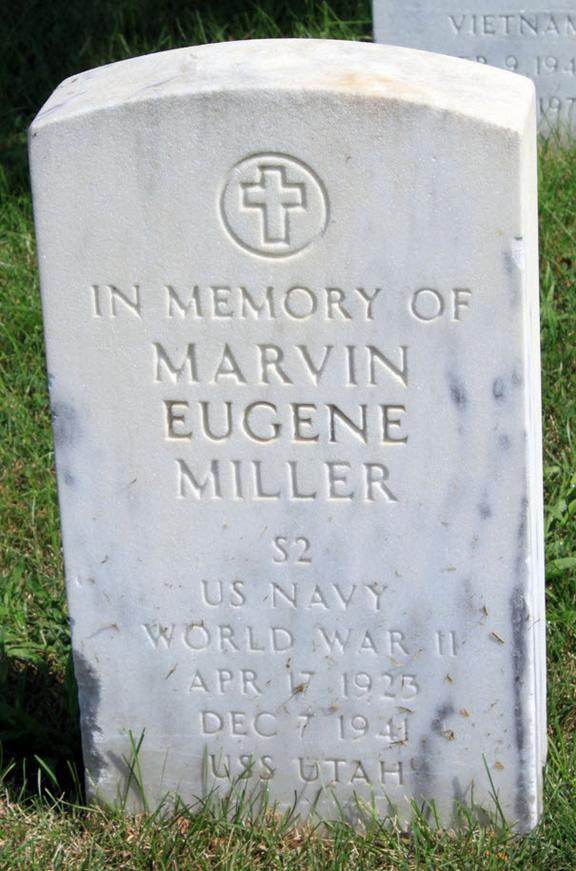 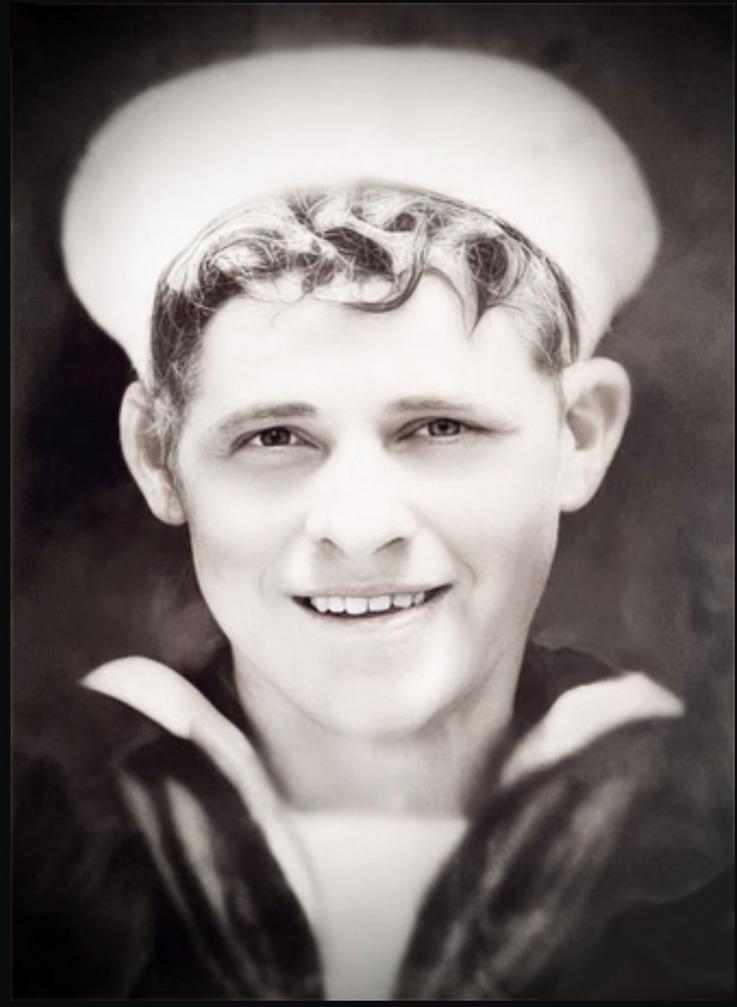 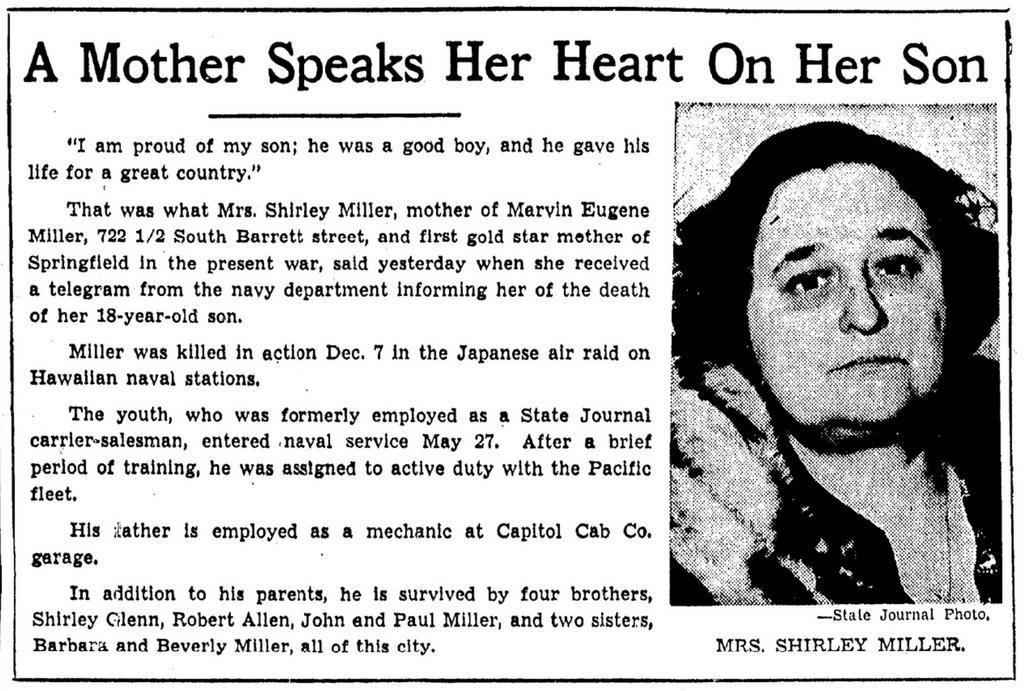 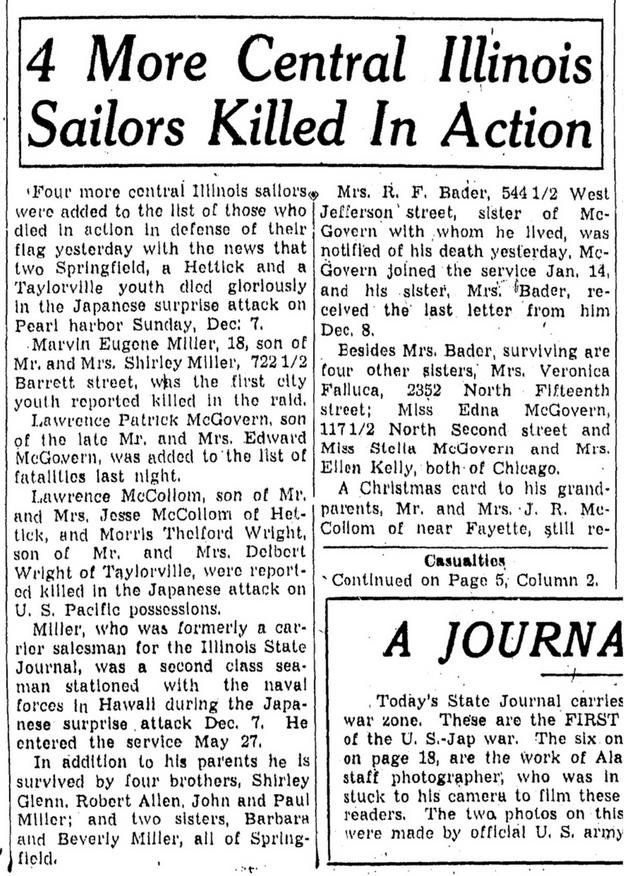 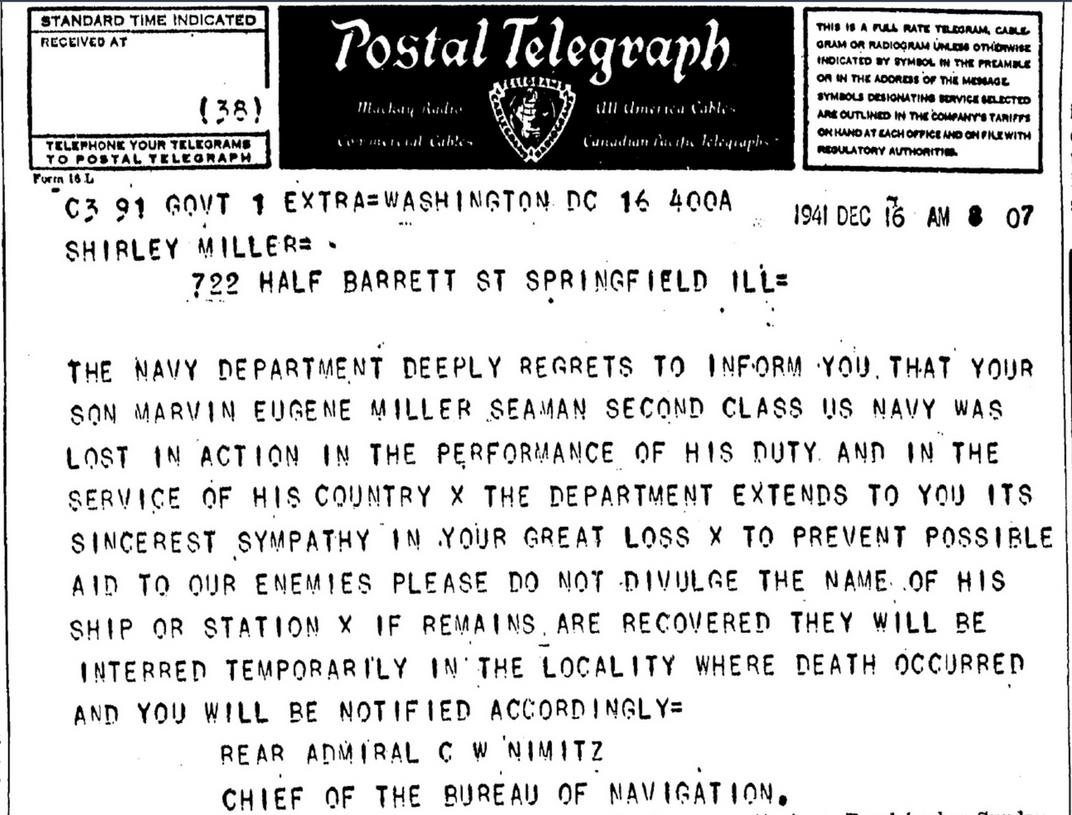