Melvyn Armour Gandre was born on December 1, 1915 in Salt Lake City, Utah to Otto Emil Franz Gandre and Ellen Emma Gandre. Melvyn enlisted in the Navy on March 16, 1940 at San Pedro, California and reported for duty on the USS Utah later that year. He was killed in action on December 7, 1941 during the attack at Pearl Harbor. He was awarded the Purple Heart posthumously and remains on duty with shipmates on the USS Utah. He is commemorated on the Memorial Tablets of the Missing, National Memorial Cemetery of the Pacific. Melvyn was survived by his wife, Mrs. Valliquette Jo Gandre, and two young children.

The following is a 2001 story from Deseret News:

Melvyn Gandre was a Utah boy who sought his fortune upon the world's oceans.

Married, with two young children, he was in his early 20s in 1941, a quartermaster first class in the U.S. Navy.

And even though he most recently had called Long Beach, Calif., home, he could never completely leave behind his home state. The Utah boy was assigned to the USS Utah, a former battleship that had been refitted to be radio-controlled and used as a target training ship.

Just making the call opened emotional wounds that were still raw after 50 years.

"I called him up and told him this is Melvin Gandre."

And at this, Brent Gandre stops telling his story, overcome with emotion.

"This fellow and my uncle spent Saturday night in the conning tower because it was so warm under deck. . . . This person was awakened so that he could do the flag ceremony at sunrise in the morning, and Uncle Mel stayed in bed.

"Somehow, when the bombs came, the doors jammed and Uncle Mel couldn't get out and he went under, inside the conning tower."

Melvyn Gandre and 57 of his shipmates died that day. For the past 60 years, many of them, like Gandre, have been entombed in the Utah.

Of all the ships hit at Pearl Harbor on Dec. 7, 1941, only the Arizona and the Utah still lie where they sank. An effort to salvage the Utah in 1944 failed, and the ship was left firmly stuck in the bottom of the harbor with a portion of it sticking out of the water and bearing a plaque memorializing the ship and her sacrifice.

He's one of the few. While the USS Arizona Memorial receives about 1.5 million visitors annually, the USS Utah Memorial — a 40-by-15-foot concrete platform connected to Ford Island by a walkway — receives a precious few. Ford Island requires special approval for nonmilitary personnel to access it, and hardly a soul without direct ties to the USS Utah knows it's there.

On Thursday, at dusk, about 100 people, including a handful of survivors from the Utah, met at the USS Arizona Memorial boat docks and climbed aboard a launch that took them to a position a few yards from the USS Utah's rusting hulk.

There, each name of the 58 men who died on the Utah was read and the ship's bell rung twice after each name. One additional name was read at the service, that of Nancy Lynne Wagner. She was the deceased infant daughter of a USS Utah crewman who planned to scatter her ashes at sea. Instead, her urn went down with the Utah and remains there today.

At sunset, a Navy color guard struck the flag that flies above the USS Utah Memorial as two buglers played echo taps.

Brent Gandre himself is a memorial. About a year after Pearl Harbor — almost to the day — Melvin Brent Gandre was born and named for his Uncle Mel, albeit with a slightly different spelling of his first name.

Three thousand miles away and 60 years later, Pearl Harbor and what it meant for the family of Melvyn Gandre became more clear for Brent Gandre on Sept. 11.

"The thing that struck me was that I was the generation that really, that kinda missed Pearl Harbor, even though I'm closely related to it.

"I remember Korea and of course Vietnam and so forth and served in the Army Reserve myself . . . but I never felt threatened because everything was somewhere else.

"When Sept. 11th happened, it was a threat on our home, and I remember saying to myself, 'That's how grandma felt.' "

Again, Brent Gandre stops telling the story of the uncle he never met and those who loved him. And after a pause, he continues.

"The vulnerability on our home is a different thing than a war away. . . . That's what all Americans felt when Pearl Harbor happened." 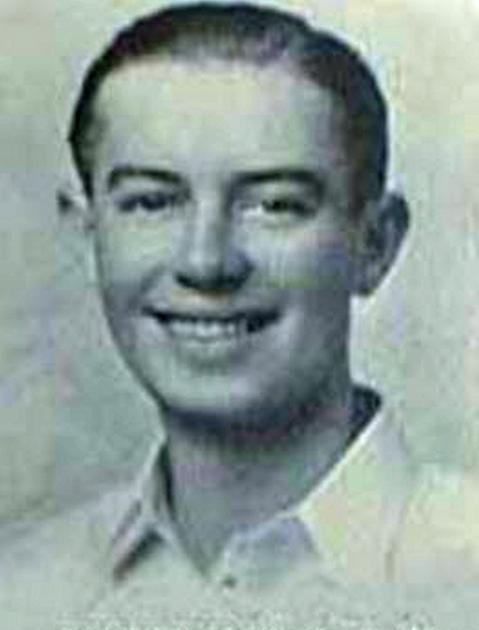 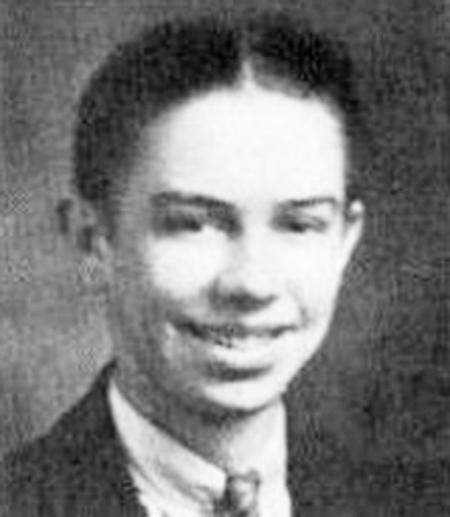 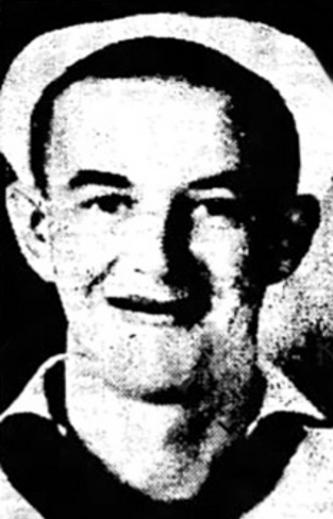 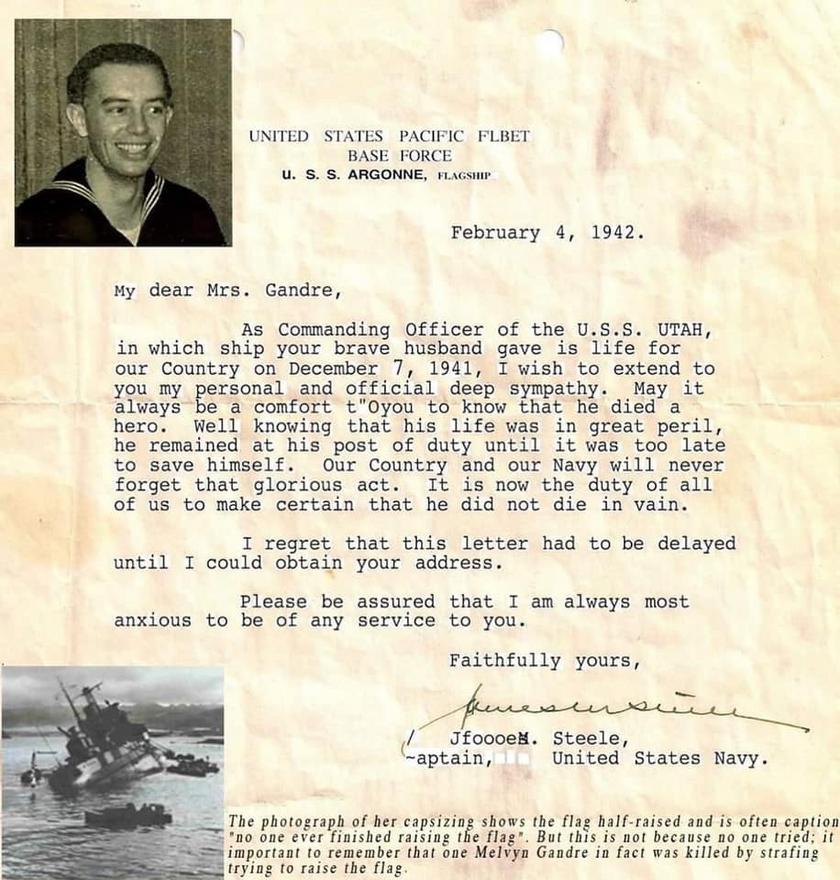