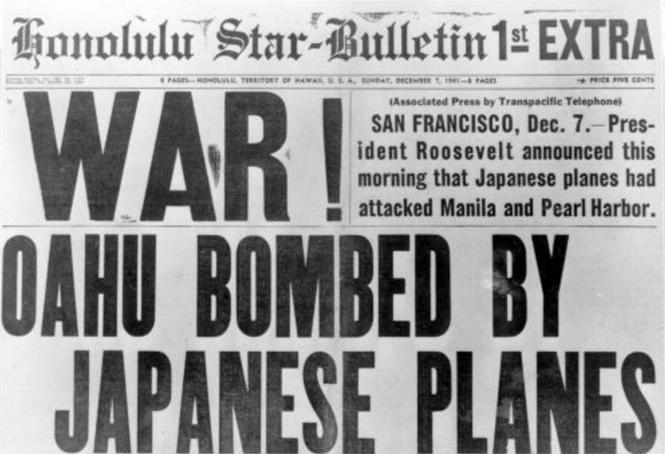 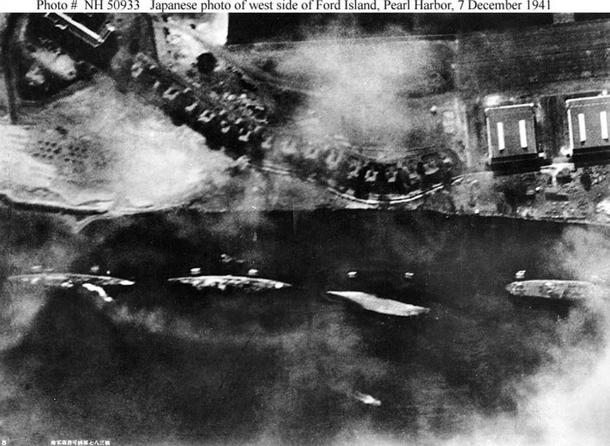 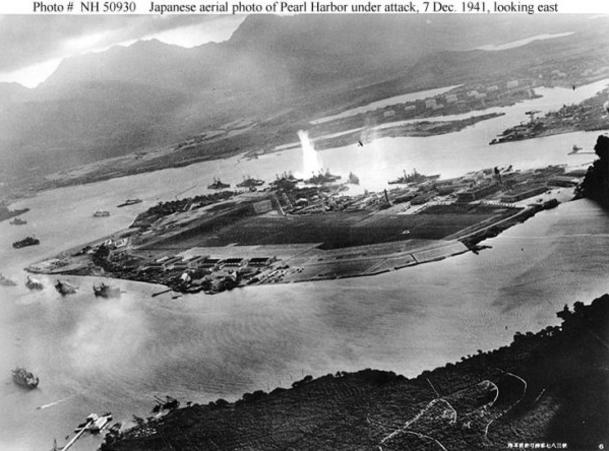 From Naval Heritage and History :

The 7 December 1941 Japanese raid on Pearl Harbor was one of the great defining moments in history. A single carefully-planned and well-executed stroke removed the United States Navy's battleship force as a possible threat to the Japanese Empire's southward expansion. America, unprepared and now considerably weakened, was abruptly brought into the Second World War as a full combatant.

Eighteen months earlier, President Franklin D. Roosevelt had transferred the United States Fleet to Pearl Harbor as a presumed deterrent to Japanese agression. The Japanese military, deeply engaged in the seemingly endless war it had started against China in mid-1937, badly needed oil and other raw materials. Commercial access to these was gradually curtailed as the conquests continued. In July 1941 the Western powers effectively halted trade with Japan. From then on, as the desperate Japanese schemed to seize the oil and mineral-rich East Indies and Southeast Asia, a Pacific war was virtually inevitable.

By late November 1941, with peace negotiations clearly approaching an end, informed U.S. officials (and they were well-informed, they believed, through an ability to read Japan's diplomatic codes) fully expected a Japanese attack into the Indies, Malaya and probably the Philippines. Completely unanticipated was the prospect that Japan would attack east, as well.

The U.S. Fleet's Pearl Harbor base was reachable by an aircraft carrier force, and the Japanese Navy secretly sent one across the Pacific with greater aerial striking power than had ever been seen on the World's oceans. Its planes hit just before 8AM on 7 December. Within a short time five of eight battleships at Pearl Harbor were sunk or sinking, with the rest damaged. Several other ships and most Hawaii-based combat planes were also knocked out and over 2400 Americans were dead. Soon after, Japanese planes eliminated much of the American air force in the Philippines, and a Japanese Army was ashore in Malaya.

These great Japanese successes, achieved without prior diplomatic formalities, shocked and enraged the previously divided American people into a level of purposeful unity hardly seen before or since. For the next five months, until the Battle of the Coral Sea in early May, Japan's far-reaching offensives proceeded untroubled by fruitful opposition. American and Allied morale suffered accordingly. Under normal political circumstances, an accomodation might have been considered.

However, the memory of the "sneak attack" on Pearl Harbor fueled a determination to fight on. Once the Battle of Midway in early June 1942 had eliminated much of Japan's striking power, that same memory stoked a relentless war to reverse her conquests and remove her, and her German and Italian allies, as future threats to World peace. 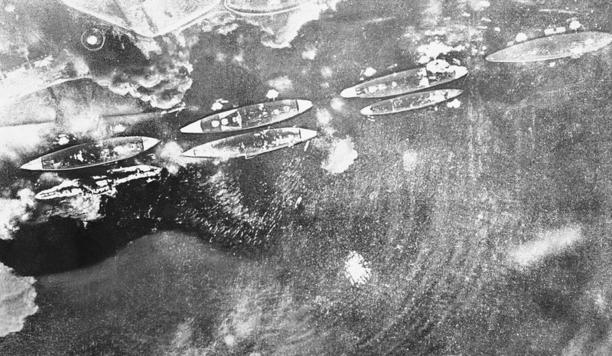