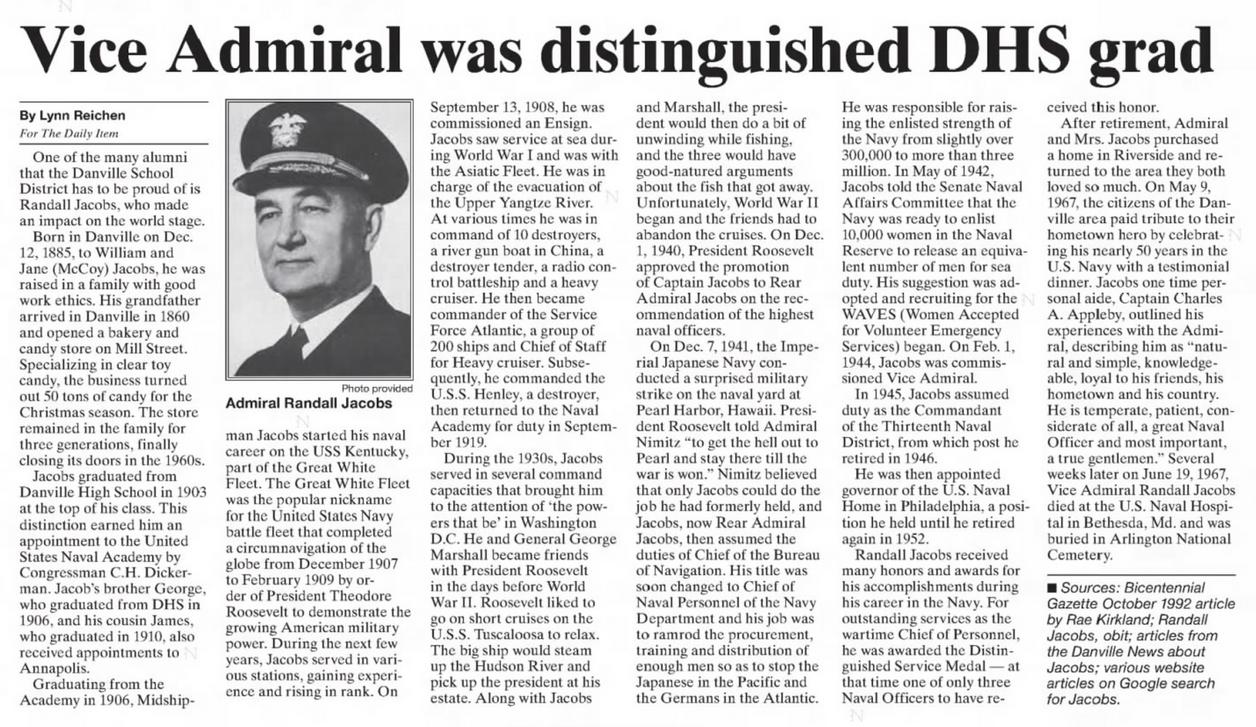 Randall Jacobs was born on 12 December 1895 at Danville, Pennsylvania.  He graduated from the United States Naval Academy in 1907 and served in the Atlantic during World War I.  Jacobs took command of the re-designated USS Utah (AG-16) on April 1, 1932. During World War II, he was the Chief of Naval Personnel. Jacobs was promoted to Rear Admiral in 1941 and Vice Admiral in 1944.

Admiral Jacobs died on 19 June 1967 at Bethesda, Maryland, and was laid to rest with full military honors in Section 30 of Arlington National Cemetery