From interview with the Web Master of Battleship Row Web Site

On that morning at 0745 I had eaten breakfast and had gone top side aft for the raising of colors. I am a farm boy from Yakima Washington who has always held in high esteem the United States Flag. Therefore, my being there just prior to the call away of the Liberty launch to merry point landing. Toddy Bugarin and I were just visiting when he observed some planes coming in and he stated "You would think we could at least have Sunday off''. The Utah was a battleship converted to a manned target ship, the AG16 number. We towed targets astern of us and our decks were all covered to 12 by 12 timbers in protection from the 55-pound water bombs and small smoke bombs dropped for practice by our airplanes. Suddenly we noticed the planes had the blood spot of the rising sun on the wings and they dropped a torpedo that struck our ship. We also noticed there was strafing as they came over the ship. "Bombing Quarters" were called. We all had assigned areas for when we were under attack, our guns were covered with a "doghouse" of steel and we could not fire if we chose to do so. Toddy and I went below to deck 3, as we got there another torpedo hit us and we really started to roll over, then "Abandon Ship" was passed and the klaxons sounded. We tried to get top side again, but the timbers cascading down and the strafing kept us pinned down for a minute or two.

I finally made it topside, never seeing Toddy again; he is still in the ship. I climbed up over timbers to the other side of the ship and sat down on the torpedo sponson, took off my sparkling white "church" jumper, wrapped it inside my tee shirt and tossed it and my shoes over the side. I hesitated jumping in the water as I could not swim. I finally did and came up bubbling and tried to dog paddle toward shore. Swallowed a lot of ocean before being bumped by a motor whale launch, finally found solid ground under my feet and climbed out amid strafing to a ditch which had been dug on Ford Island. Found out I had been struck by shrapnel and my legs were bleeding. A jeep came by after the attacks abated and I got a ride to a hangar for medical attention. There I was declared "out of uniform", sought gear from the lucky bag without any luck, finally found a small girls dress that fit this 17-year-old 5-foot 11 farm boy that came at 115 lbs. I was placed on burial detail for 10 days before being assigned to my new home, the USS Maryland. I did not seek nor receive a Purple Heart for my injury. I was later assigned the USS Saratoga and also Advanced Naval Training Center at Lake Union, Washington State, as gunnery instructor. I loved every day in the US Navy.

BATTLESHIP ROW: Do you remember the torpedo explosions? If so, how loud were they? Did they rock the ship violently, or just a little?

BOB GRAVES: Yes, I did see and feel the first torpedo. The water "spout" was not very visible as it was forward of the air castle. The ship really shuddered and started to list, the timbers started to move a bit and we repaired below decks. We also felt and heard the second one and again the ship shivered very strongly.

BBROW: Did you see the planes coming in that were strafing, or just hear the bullets hitting around you? Do bullets hitting nearby make that "beyowww" sound you hear in the movies?

BG: Saw the planes strafing as they came in after the torpedo drop, also heard the strike of the bullets on the metal around us. The chippings are what struck me in the legs, these were picked out at the aid station, they also tore my pants, which I abandoned. The sound to me was more a clipping than the "beyowwing".

BBROW: Do you remember how loud it was during the attack?

BG: The noise was so very great that it was unbelievable. That night we slept in a shed with a metal roof and the sounds of shell fragments hitting the roof were also very frightening. It was our own anti-aircraft being fired "at any sign or sound".

BBROW: You sat on the "torpedo sponson ", taking off some clothes prior to entering the water. Was UTAH still going over at that point, or was she fully capsized, and you were still able to sit there? What was the condition of her hull?

BG: The sponson was of course on the inboard side toward land. Yes, the ship was still going over and I did in fact forget to say I wrapped my clothes in the pants. I never really paid any attention to the condition of the hull, at that moment. Later, when they cut Jack out, it appeared very clean.

BBROW: How far was it down to the water?

BG: It was quite a stretch to the water, but by then the water was getting pretty oily from the rupture of the fuel tanks.

BBROW: What did you see about the harbor when you hesitated before jumping in?

BG: I did not take note of anything about the harbor at my abandoning ship.

BBROW: Why did you not have a life jacket?

BG: Life jackets were not on anyone! No doubt the thoughts would be secondary to getting off the ship.

BBROW: You were declared, eventually, "out of uniform". How is wearing a dress considered "in uniform"? How long did you have to wear the dress?

BG: I wore the dress about 3 days. An "out of uniform" declaration is when your body is not protected from the elements. If your skin is sun burned and you're in sick bay or unable to perform your duties, you are subject to a Captains Mast.

BG: We were directed to attach lines to the bodies and tow them to a retrievable area. We bagged them accordingly. There were a number of containers that held only minimal parts of the cadavers. It was not an easy job. I never knew what stress was then but guess I had it. The memories are tough and caused many nightmares LONG AGO, Thank God. Mass graves sites were prepared by bull dozers. I understand that all were extracted later on and proper burial took place. I know of 3 unknown graves of shipmates off Utah. They are in Punchbowl with remains of more than one man. I did burial detail for 10 days, including 3 in the dress on a YCT. YCT stood for Yard Craft Tender. Do not know if it still does. This was a worn-out tug. But suitable for the job. Low in the stern for easy access to the water.

/Ed Note: Shipmate Bob Graves was transferred to the Staff of the Supreme Commander on 24 August,2001/ 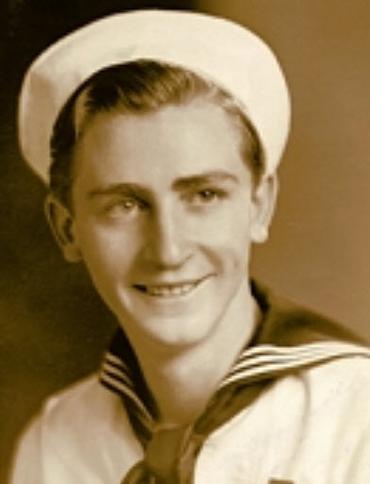