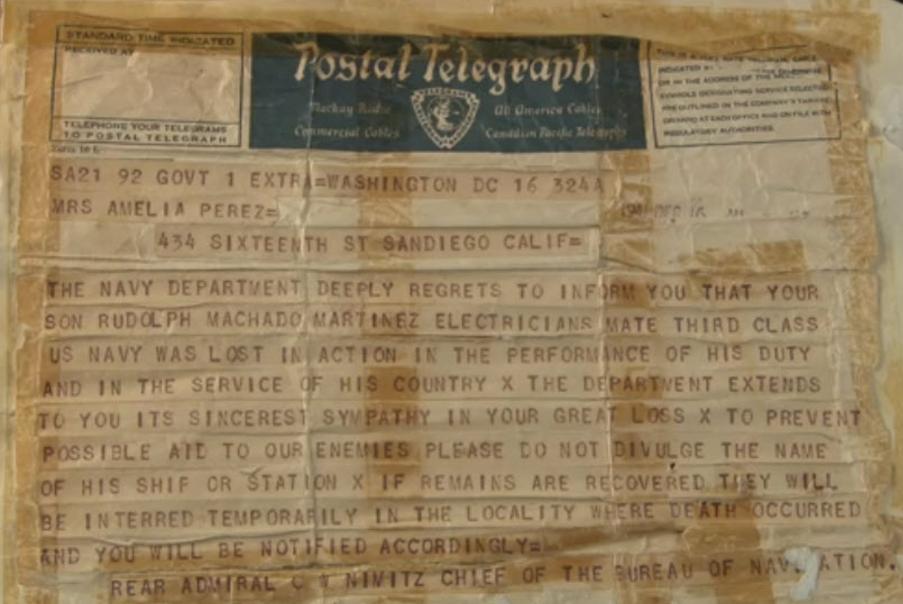 Navy telegram to the mother of Rudy Martinez

​​From the Pearl Harbor Warbirds Blog

Rudy Martinez was a young sailor who had joined the Navy just a few years before the outbreak of WWII. Raised in San Diego, he left his family to serve the United States — stationed at Pearl Harbor, Hawaii. Electrician’s Mate Martinez went down with his ship just a few minutes after two torpedoes struck the Utah. His last letter home contained a simple request for a picture of his mother.

Even today, Martinez serves his ship, entombed within the USS Utah. He posthumously received a Purple Heart as well as World War II Victory Medals for his service to his country.

On the morning of December 7, 1941, a day that will live in infamy, the 21-year-old Navy Electrician’s mate 3rd class was aboard the USS Utah battleship when the vessel was deliberately struck by two Japanese torpedoes.

Martinez, six officers, and 52 other men remained trapped as it sank.

A Mexican-American, Martinez officially became the first Hispanic to die in WWII. Prior to his service, Martinez was a high school wrestling champion and then became a featherweight boxer. The American Legion Post 624 in Mansfield, TX was also renamed The Rudolph M. Martinez Post.

Martinez’s death marked the start of the Latino impact on WWII.

Roughly half a million Latinos served during the war. Gen. Douglas MacArthur called the Arizona National Guard’s 158th Infantry Regiment “one of the greatest fighting combat teams ever deployed for battle.” It was comprised of many Latino soldiers.

The history of Latinos in the Army spans from the War of 1812, when Hispanic soldiers played their first major role in what some deem “America’s second war of independence,” to the most recent wars in Iraq & Afghanistan.

Over 40 Latinos have received the Congressional Medal of Honor, which is the U.S.’s highest military decoration.

One of the most recent Latino recipients of the Medal: Sergeant First Class Leroy Petry (U.S. Army) for his heroism in Afghanistan.

To learn more about Rudy Martinez, visit the below site:

Rudy Martinez: The Beginning of the Latino Impact in World War II 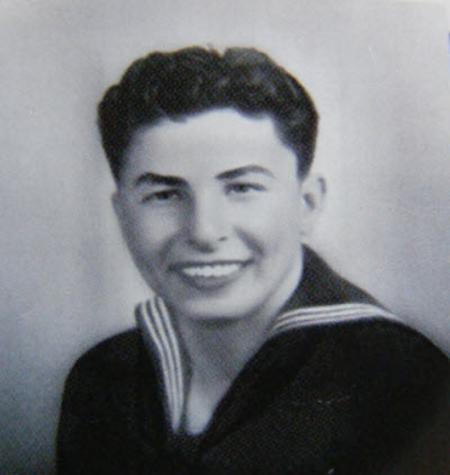 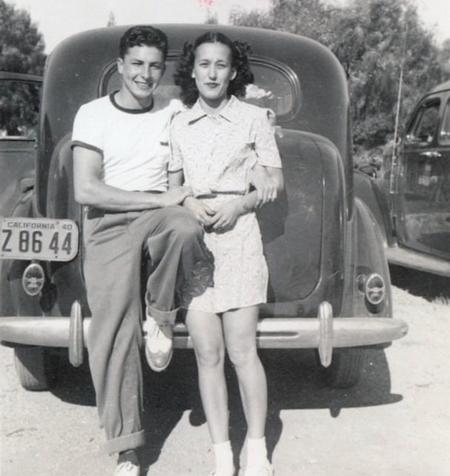 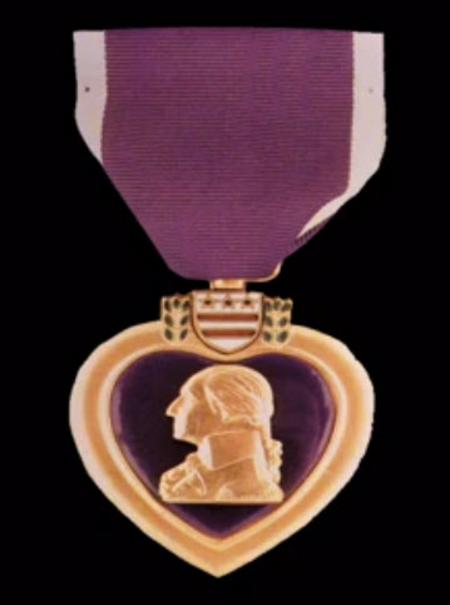