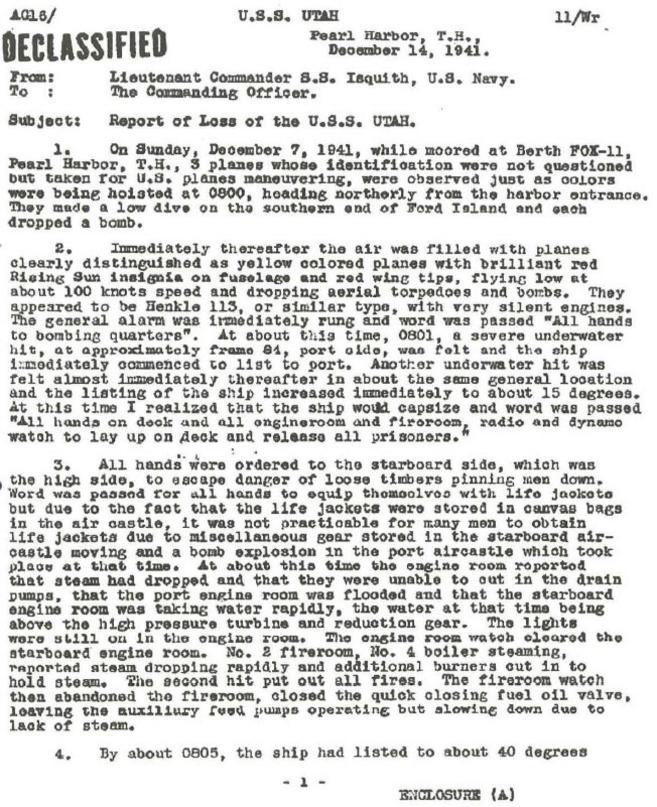 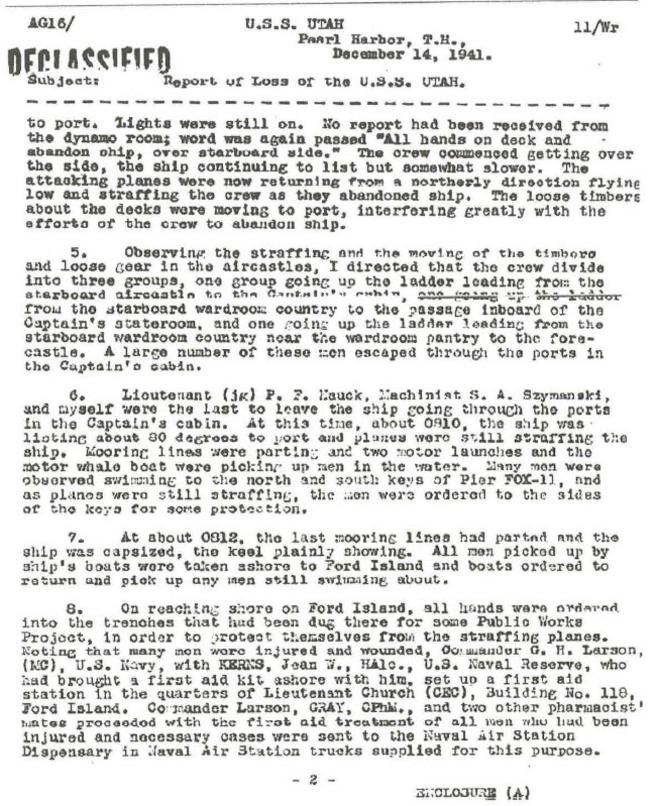 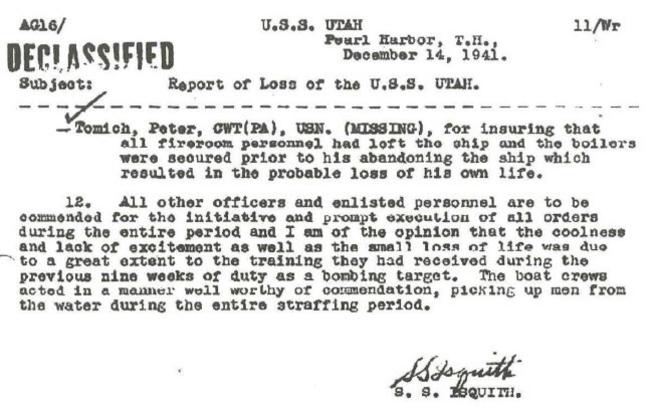 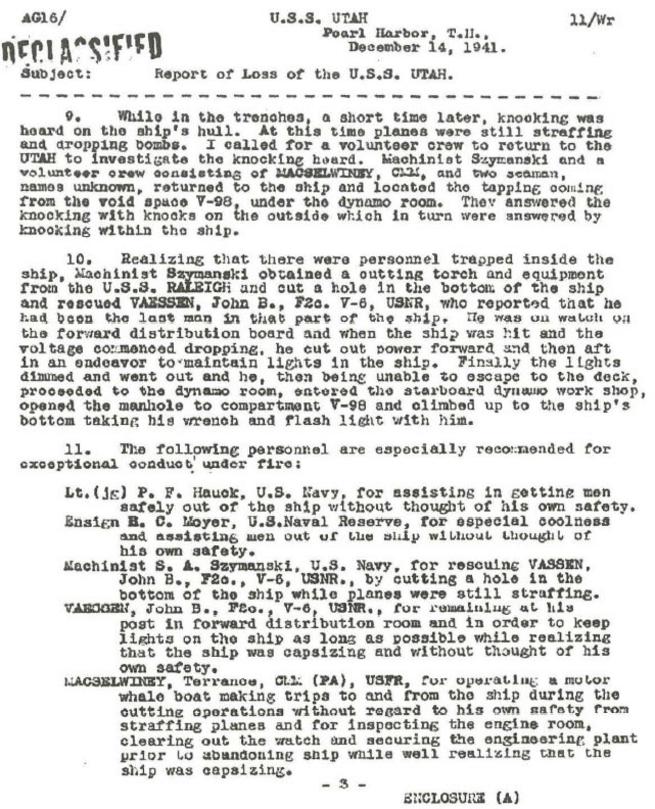 A Jewish boy growing up in Brooklyn, Solomon Silas Isquith yearned to join the Navy. The problem was, at 5’4" he was just a little too short to pass the physical at the United States Naval Academy. Solomon was not a quitter. He reapplied and the night before he was to re-take the physical, he tied flat irons to his ankles and placed them over the side of the footboard of his bed. He took the physical the next morning and miraculously had grown just tall enough to gain admission to Annapolis!

He was the senior officer aboard the USS Utah when it was attacked on December 7, 1941. The Utah was one of the first ships attacked that morning, and while orders were given to abandon the ship LCDR Isquith decided to make rounds to ensure there were no sailors still on board. He was almost fatally trapped himself, until the ship began to turn as it was sinking and he found a blocked hatch to escape from. As he was going through the porthole, the table that he was standing on slipped out from beneath him. Luckily, there was another service member outside who was able to grab Isquith’s arms just in time and pull him out to safety. Moments later the ship capsized and began to sink.

Once Isquith had safely reached the shore himself, he and other men heard knocking sounds coming from within the sinking USS Utah. Despite the Japanese planes still targeting the area, Isquith and other volunteers hurried back to the ship to investigate. Isquith and the others managed to cut through steel, and rescue another ten men from the ship. Overall, only 64 men lost their life on the USS Utah, and 460 were saved, including those by Commander Isquith.

LCDR Solomon Isquith received a Purple Heart and Navy Cross for his rescue efforts on the sinking Utah. His Navy Cross citation reads: “For distinguished service in line of his profession as Commanding Officer of the U.S.S. UTAH during the attack on the Fleet in Pearl Harbor, Territory of Hawaii, by Japanese forces on December 7, 1941. With extraordinary courage and disregard of his own safety, Lieutenant Commander Isquith directed the abandonment of the ship, when it was capsizing rapidly, in such a cool and efficient manner that approximately ninety per cent of the crew were saved.”

After the attack on Pearl Harbor, LCDR Isquith stayed stationed at Pearl Harbor to help with salvage other damages, such as those to the USS Oklahoma and Utah. After that he took command over the USS Noble in the Pacific, and in 1947 retired from the Navy as a Rear Admiral.
​