On Sunday morning I was standing top side of the bow of the ship with a shipmate, Neil Gunderland, a boot camp buddy. We were rinsing our swabs over the side prior to going below one deck to the Junior Officer's Quarters to clean our daily cleaning station.  Suddenly a formation of many airplanes were coming in toward the Ford Island Naval Air Station.

It was standard practice for aircraft carriers to fly their planes in when their ship was coming into port. About the time we arrived on the lower deck with our swabs the Utah shook and shuddered with a loud explosion, quickly followed by at least two more. As she lurched to one side we went sprawling.  We had no idea what had occurred, but I remember an Ensign ran out of the state room and shouted that we were being attacked by Japanese planes.  I remember that his name was Brady and he had seen the rising sun on the wings of the planes from his stateroom porthole.

By then the ship was listing badly to port since all of the torpedoes exploded on the port side.  I don't know which way Neil went, but I ran through the Officer's wardroom, and up a ladder to the top side.  The ship was rapidly capsizing, mooring lines were snapping, timbers were falling, and there was strafing from Jap planes hitting the ship from all directions.  I proceeded to dive over the starboard side and swam to Ford Island.

When I came ashore on Ford Island, I ran to an officer's home on the shoreline and ran into his garage - which was open. Neil was also there as was John Wallace, another sailor that I became good friends with later. We watched the attack from there for a while until concussions from bombs being dropped nearby at the Naval Air Station partially lifted the garage roof. We then left this area and went to a long trench that had been dug along the shoreline where we joined the other survivors.

From our "ringside seat" in the ditch we could hear the bomb explosions from Battleship Row and see the black smoke and fires over there. From our vantage point in the ditch we observed the barrage of anti-aircraft fire put up by the Cruiser Raleigh berthed ahead of us and the Seaplane Tender Tangier, berthed aft of us. The Raleigh had been torpedoed and bombed and may have sank had it not been for the work of its damage control party.

In the ditch we heard rumors that Japanese forces were landing all over the Island. We expected them to be all over us any moment. Thankfully, this never happened; if it had, I believe the Japanese would have taken Hawaii that same day.

At some point during the attack as we were watched from the trench, we could hear a loud banging noise coming from the exposed bottom of the Utah. A crew of a few men from the Raleigh was assembled and boated to the Utah with a cutting torch. After trying to communicate and failing, because of the noise, Bill Hill (from the Raleigh) cut a hole in the hull with a torch. Jack Vaessen scrambled out. He had been on watch in the electrical power station below decks and had no idea what was going on. He heard all the explosions and knew the ship was going over but did not know what was causing it. He had a flashlight and a dog wrench (used to open watertight doors,) and as water would enter one compartment he would proceed to the next. He finally got as far as he could go, but had no idea where he was, so he just started beating on what turned out to be the ship's bottom. Jack Vaessen received the Navy Cross. While the men were working to rescue Jack, standing on the bottom of the Utah, planes were strafing the area. in the afternoon our Utah survivors were placed on the USS Argonne, our Base Force Flag Ship for berthing and food. That evening, about dark, as we were standing in line for sandwiches and coffee, it sounded like every gun on the lsland started firing. A stray bullet came through the side of the ship and killed one of the Utah survivors. He was a Yeoman striker and I had gone through Boot Camp with him.

/Ed Note: The Deck Log of the USS ARGONNE confirms that the man killed was Pallas Brown, Seal.c from the USS Utah. Another man, Leonard Price, Seal.c also from the USS Utah wounded in the upper left arm. He was transferred to the Naval Hospital. Ironically, both /had survived the sinking of the Utah earlier in the day. A third man, V. W. NANCE, Seal. c, USS Nevada was found lying on the 10 I 0 Dock near the north east end having been wounded in the left shoulder with a machine gun bullet. NANCE was given first aid treatment on the ARGONNE and transferred to the Naval Hospital for treatment. Source: Deck Log, USS ARGONNE, National Archives of the U.S./

Someone grabbed me and stationed me in one of their big gun magazines passing up ammunition. That did not last too long as they learned that everyone was shooting at our own planes from one of our Aircraft Carriers coming in to land. Gun crews were very tense.

The next morning, December 8, our group was taken to the Naval Receiving Station in the Navy Yard and given barracks assignments.  Survivors from other ships that had been sunk were there also.  It was determined much later that hundreds of survivors swam from their ships and were picked up by other ships trying to get out of Pearl Harbor.  This, pl us the ones still entombed in their ships, blown to pieces or burned beyond recognition made it extremely difficult to come up with an accurate survival list.  Each morning the survivors would muster and sailors would be given orders to what ship or duty station they were to report to. I believe it was the morning of December 9th that my name was called to join about 25 other sailors on a burial detail.

This would be the most memorable and horrible experience of my life. For three days we unloaded trucks bringing in pine boxes containing bodies and parts of bodies. The bodies of course, had not been prepared for burial and as we carried them, the leakage coming out of them would get all over us. The stench was unbearable and it took months before I really thought I was rid of the smell. Bulldozers had dug trenches and we would lay the boxes in them. Each box was given some type of identification when possible to do so, and records were kept. I think some were Jap pilots as a few boxes had a large "J" painted in red on them. This type of burial was only temporary but was necessary at the time. Bodies were moved at later dates and most were reburied in the Punch Bowl Cemetery on Oahu.

After the burial detail was completed, I, along with several other sailors and officers from the Utah, was assigned to salvage operations. I still remember some of their names. Officers: Steele, Isquith, Baker, Szymansky, Tyndall and Brady. Some of my enlisted shipmates were: Otteson, Kelly, Vaessen, Wallace, Gunderland, and Thys. 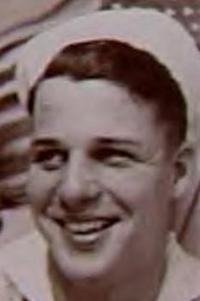 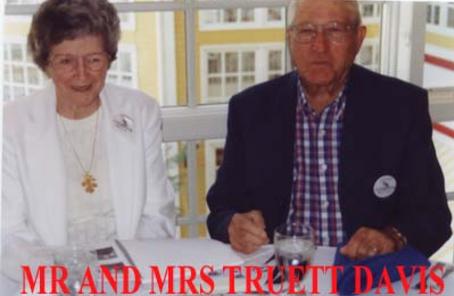