USS Utah was laid down at the New York Shipbuilding Corporation on 15 March 1909. She was launched on 23 December 1909 and was commissioned into the United States Navy on 31 August 1911. She then conducted a shakedown cruise that stopped in Hampton Roads, Santa Rosa Island, Pensacola, Galveston, Kingston, Jamaica, and Guantanamo Bay, Cuba. She was then assigned to the Atlantic Fleet in March 1912, after which time she participated in gunnery drills. She underwent an overhaul at the New York Navy Yard starting on 16 April 1912. Utah left New York on 1 June 1912 and proceeded to Annapolis by way of Hampton Roads, arriving on 6 June 1912. From there, she took a crew of naval cadets from the Naval Academy on a midshipman training cruise off the coast of New England, which lasted until 25 August 1912.

For the next two years, Utah followed a similar routine of training exercises and midshipman cruises in the Atlantic. During the period 8–30 November 1913, Utah made a goodwill cruise to European waters, which included a stop in Villefranche, France. In early 1914 during the Mexican Revolution, the United States decided to intervene in the fighting. While en route to Mexico on 16 April, Utah was ordered to intercept the German-flagged steamer SS Ypiranga, which was carrying arms to the Mexican dictator Victoriano Huerta. Ypiranga's arrival in Veracruz prompted the US to occupy the city; Utah and her sister ship USS Florida were the first American vessels on the scene. The two ships landed a combined contingent of a thousand Marines and Bluejackets to begin the occupation of the city  on 21 April. Over the next three days, the Marines battled rebels in the city and suffered 94 casualties, while killing hundreds of Mexicans in return.

​Utah remained off Veracruz for two months, before she returned to the New York Navy Yard for an overhaul in late June 1914. She spent the next three years conducting the normal routine of training with the Atlantic Fleet. On 6 April 1917, the United States entered World War I, declaring war on Germany over its unrestricted submarine warfare campaign against Britain. Utah was stationed in Chesapeake Bay to train engine room personnel and gunners for the rapidly expanding fleet until 30 August 1918, when she departed for Bantry Bay, Ireland with Vice Admiral Henry T. Mayo, Commander-in-Chief of the Atlantic Fleet aboard. After arriving in Ireland, Utah was assigned as the flagship of Battleship Division 6 (BatDiv 6), commanded by Rear Admiral Thomas S. Rodgers. BatDiv 6 was tasked with covering convoys in the Western Approaches against possible attacks from German surface raiders. Utah served in the division along with Nevada and Oklahoma.

Following the end of the war in November 1918, Utah visited the Isle of Portland in Britain, and escorted the liner George Washington in December, which carried President Woodrow Wilson to Brest, France, for the post-war peace negotiations at Versailles. Utah left Brest on 14 December, and arrived in New York on the 25th of the month. She remained there until 30 January 1919, after which time she returned to the normal peacetime routine of fleet exercises and training cruises. 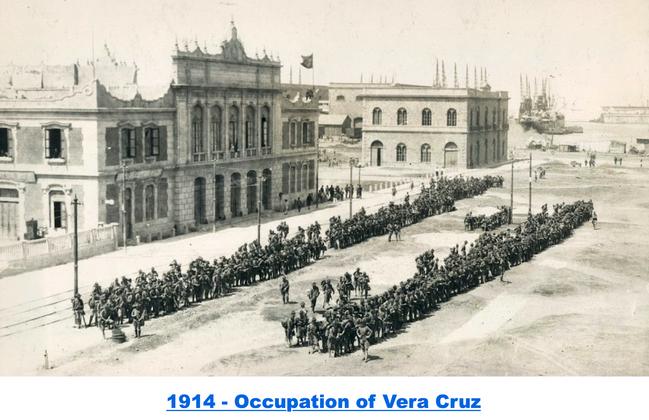 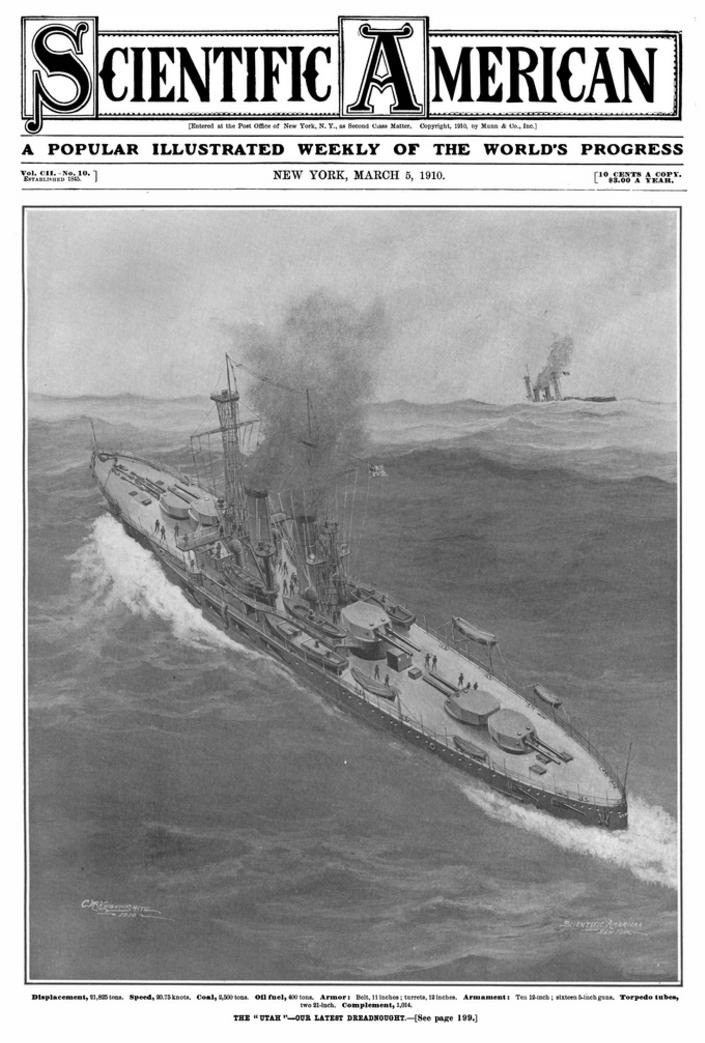