​William Arthur Juedes was born on February 24, 1917 in Oshkosh, Wisconsin, son of William August Jeudes and Esther (Westphal) Juedes.  William enlisted in the Navy on February 4, 1936.  He would have completed his tour of duty in February 1942. William was on leave the day of the attack but decided to stay on board with his friends. He was below deck when the ship was sunk. Juedes was killed in action on December 7, 1941 during the attack on Pearl Harbor. He was awarded the Purple Heart posthumously and remains on duty with his shipmates aboard the Utah. William is commemorated on the Memorial Tablets of the Missing, National Memorial Cemetery of the Pacific, Honolulu, Hawaii. He was survived by his parents and his young wife, Mrs Nona Juedes, who was pregnant with William's son William Allan Juedes who was born on April 10, 1942.​ 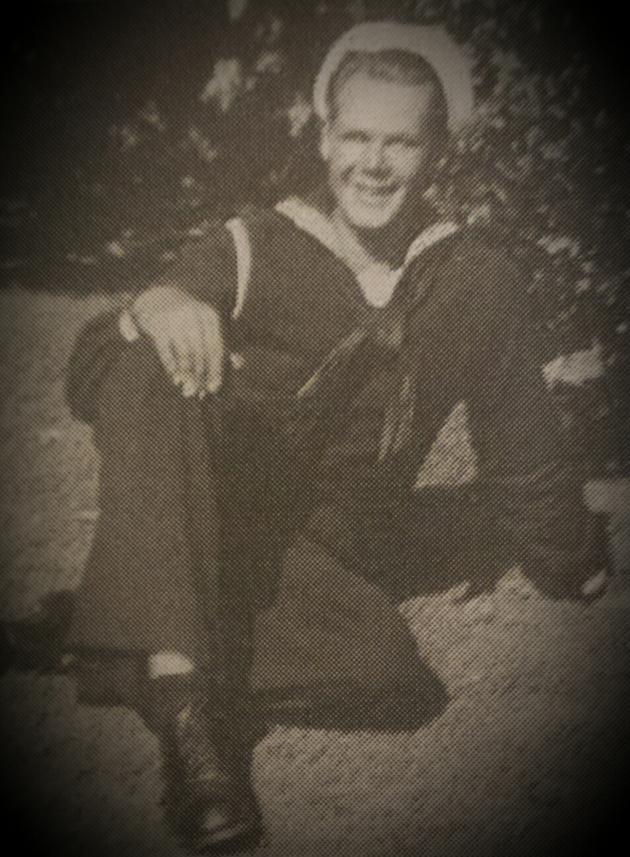